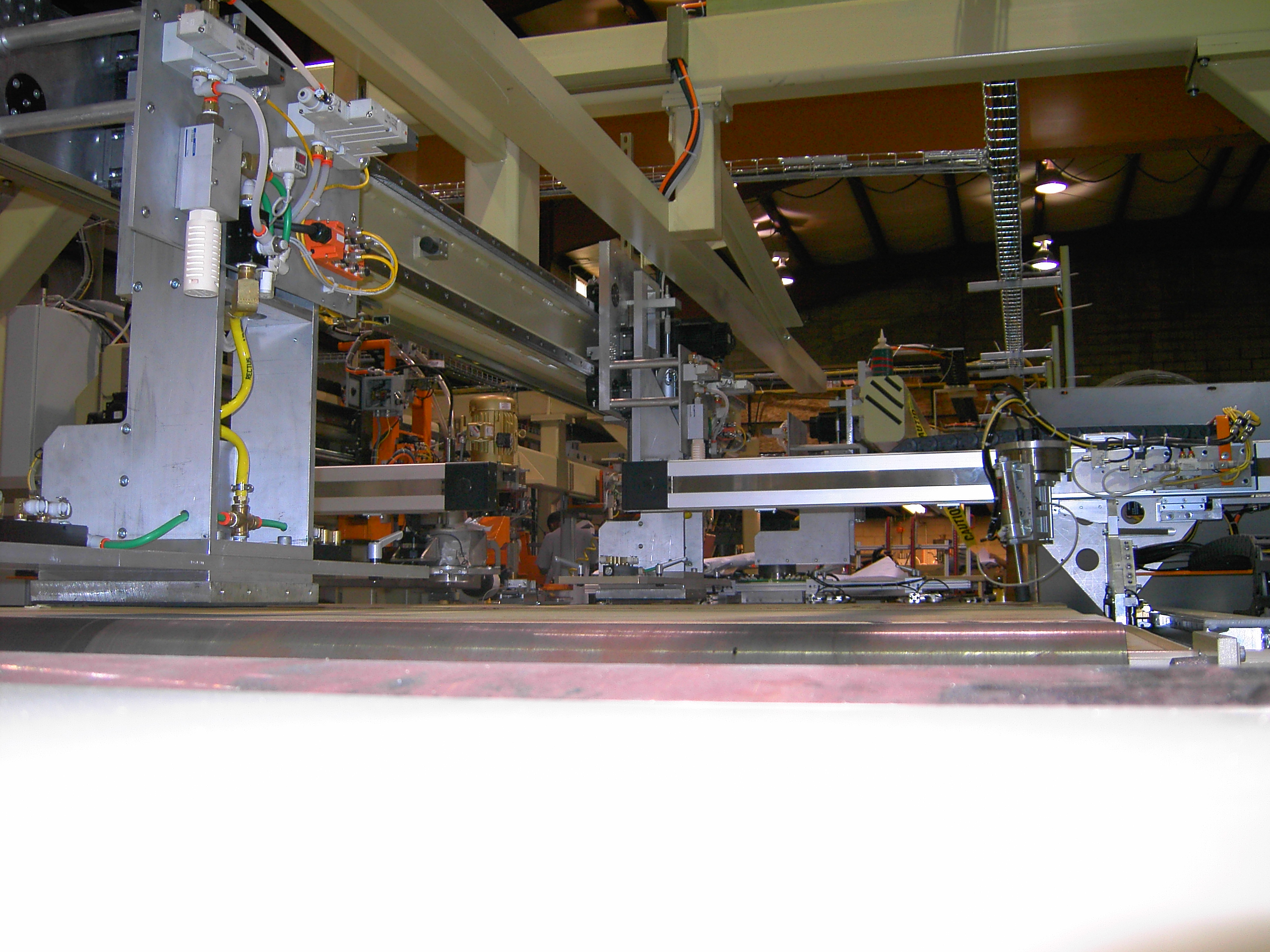 Automatic breakout can be incorporated into the cutting and grinding line as a separate station including multiple cnc controlled breakout arms. Each arm is a 2-axis device which includes a press-down finger.  The ShapeFit program is used to control breakout finger positions for each part program. After cutting, the shape is transferred to the auto-breakout station and two or four heads are typically used, indexing around the part breaking off the trim outside of the shape.  After breakout, the part is typically picked up by vacuum shuttle and the trim is indexed off of the conveyor to a hopper or cullet conveyor.