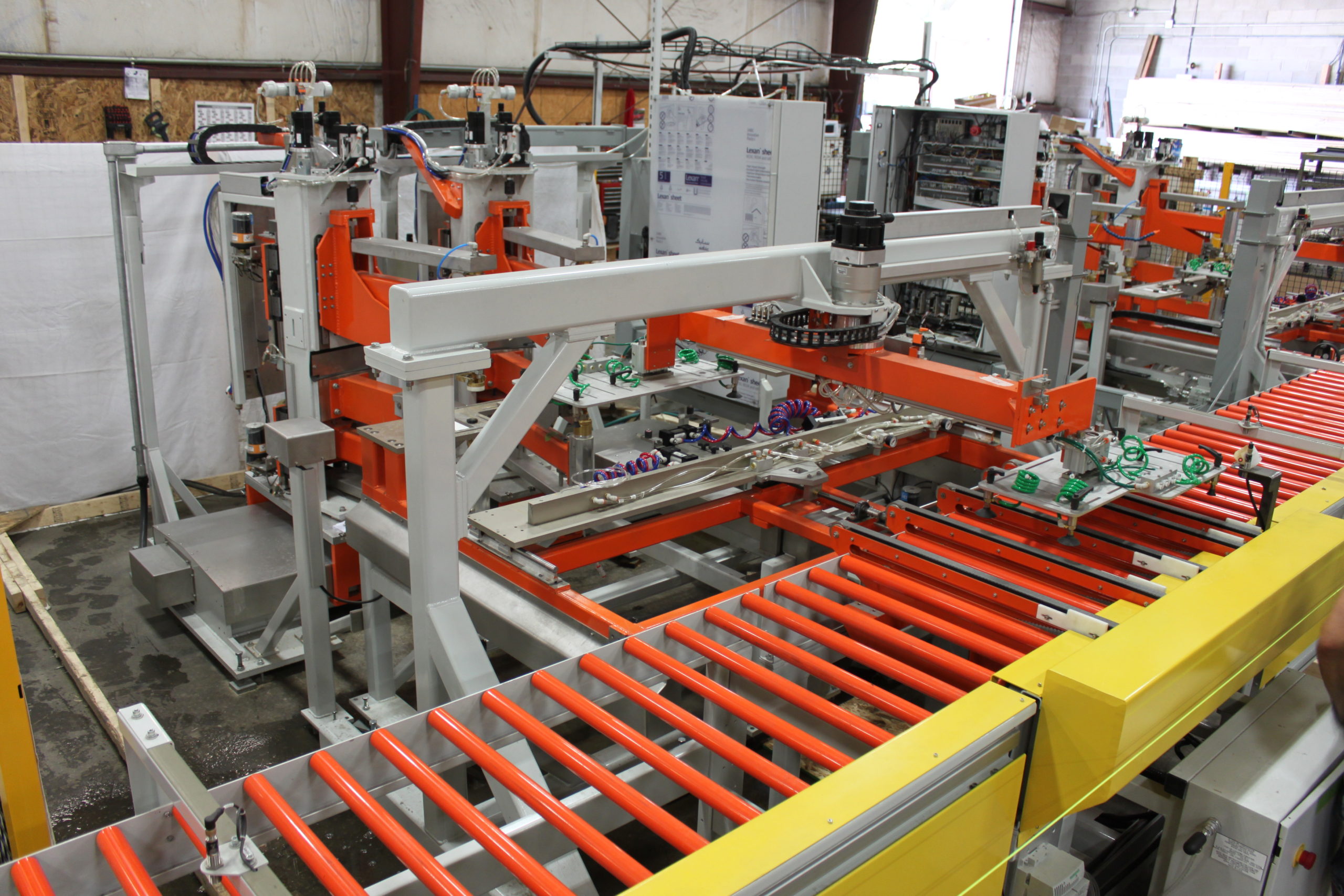 The line is an example of a fully automated inline drilling system to do multiple holes and multiple parts, in parallel or in series. Two drilling systems, each with two drilling heads were incorporated into the line.  Entry conveyor system squared the glass, and a servo rotation assembly picked up the fresh part and delivered it to the drills, while a second arm moved the drilled part to the exit conveyor line.  Two holes could be drill simultaneously due to the independent X axes of the drills, while the table moved in the Y axis.  Parts could pass to each drilling machine, thereby producing two parts at once, or parts could pass through both drill systems in series, when more than two hole sizes were required.

Glassline has produced hundreds of drilling systems of many varied configurations.  Please call us with your specifications.